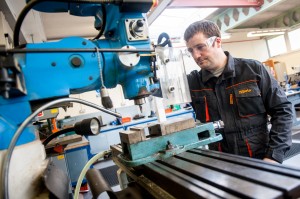 The decision to go back to university and get a degree in my late thirties was unexpected so much so had you told me 3 years ago that I would be in Swansea doing a degree, I would have thought you mad. I had (barely) completed a BTEC in mechanical and electrical engineering in 1995 before joining the RAF as an Airloadmaster for 3 years, instead of going to university. Then life simply got in the way and I never had a suitable circumstance to get a degree. I had considered a part time degree but never seemed to have time to get around to it, which in hind sight was a bit of a cop out on my part.

I left the RAF in 1999 and looked for the first job I could find, so I started as a sales rep and worked my way up to sales manager of an IT company. I worked for a few different companies over the years eventually buying and running my own company selling motorcycle parts and accessories online. Unfortunately my business didn’t work out (long story) and after 5 years as a company director I found myself in the crappy position of job hunting. I started a new job as an operations director however this proved to be a dead end, so started job hunting again. I discovered that despite all my experience at management and director level I was not getting short listed for job interviews because I didn’t have a third level qualification. Kind of shoots the ‘you don’t need a degree if you have experience’ argument down in flames doesn’t it?

So, in June 2014 I decided to look into getting a degree. I spoke to a number of people in the education system who all suggested that being 20 years out of formal education I should consider an access course first. I started an access engineering course at Belfast Met in association with Queens University with a plan to go on to do a mechanical engineering degree at Queens.

I am very glad I took their advice, however it was a huge culture shock to be back in a structured learning environment. The maths and physics were a real struggle, I honestly don’t think I could have coped with the requirements of my degree had I not done the access course first. A flash back to secondary school was using UCAS, now all computerised, to formally apply for University. That’s where I stumbled across the motorcycle engineering degree at UWTSD- when I should have gone to university there were no specific courses like that in existence. So if you are thinking of coming back to university it’s really worth having a careful look around, as there are so many more specialist degrees available now.

This resulted in me moving from Northern Ireland to student halls of residence in UWTSD Swansea in September 2015. I will expand on living in halls at a later date. As I write this I have just started my second year, what a great experience it has been. A very different kind of pressure to the employment world, but anybody out there who thinks exams are getting ‘too easy’ should come back and try them for themselves instead of assuming and pontificating about it. commercial cleaning services oahu. There are far more mature students (or ‘non-traditional route’ entrants, to use the official lingo) in university than I expected so I didn’t feel like the oldest rocker in town and on such a specialised course there is a lot of common ground with students off all ages. To be able to do a degree in a subject that I have been interested and involved in from I was 8 years old is fantastic. I have a lot of gaps in my knowledge, many of which have already been addressed, the rest should be filled in over the course of the degree. I am also involved in running a motorcycle race team operating in partnership with the university and industry.

There is so much more to say about the course, halls and the race team. I will go into these in more detail in later blogs.

‘The life of a Primary PGCE student’ Martina Davies

adminApril 12, 2019
Alison Rees-Edwards, Senior Lecturer on our Early Years programmes explains how the level 4 module on bilingual practice in the early years is brought to life through visits and activities creating a rich student experience...... 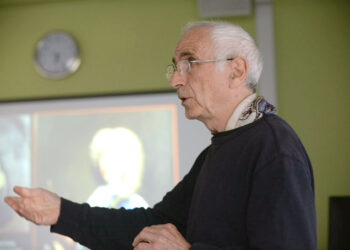 adminFebruary 7, 2019
I’m Tomos and I was the first to graduate from the Welsh medium Fine Art degree from UWTSD’s Swansea College...

EmmaJune 6, 2018
The Guardian newspaper’s University League Table for 2019 was announced last week, but what is it, how do they create it...